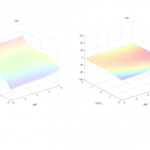 This presentation addresses the issue of clinical diagnosis of Alzheimer’s disease (AD) which represents a major threat to public health since it affects more than 5 million people and absorbs about $150 billion annually in the US alone. Currently, clinical diagnosis of AD relies primarily on a battery of qualitative neurological tests with uncertain accuracy. Neuroimaging and biomarkers have been also explored for diagnostic purposes but have yet to demonstrate their clinical efficacy in a convincing manner. Thus, it would be highly desirable to have a quantitative and objective method for assisting AD diagnosis that is reliable, safe and comfortable for the (often elderly) patients. Improvements in AD diagnosis, especially in the early stages, will also impact prevention efforts and the design of efficacious treatments as well as treatment monitoring. This positive impact may extend to the prevention and improved diagnosis of Mild Cognitive Impairment (MCI), a condition viewed as a precursor to AD. It is also desirable that this diagnostic method be easily adaptable to clinical practice and applicable at modest cost, since the cost of caring for AD and MCI in the aging population is rising fast. AD and MCI are progressive neurodegenerative diseases with a significant cerebrovascular component which has been found to be present at the early stages of the disease. Thus, detecting possible cerebrovascular impairment of the type associated with AD and MCI can be the key for the early diagnosis of AD and MCI, thereby rendering the clinical treatment more effective.

Previous studies have demonstrated that cerebrovascular function impairment occurs at the early stages of AD or MCI and may be detected by changes in cerebral vasomotor reactivity (CVR) in hypercapnia [1-6]. However, the reliable quantification of such impairment has been confounded by the physiological complexity of cerebral hemodynamics. We propose a practicable method for the reliable quantification of CVR in a clinical setting by means of a clinical index that is derived on the basis of a dynamic nonlinear model of cerebral hemodynamics. This model has two inputs: mean arterial blood pressure (MABP) and end-tidal CO2 (ETCO2), and one output: mean cerebral blood flow velocity (MCBFV), which are measured as beat-to-beat data using photoplethysmography (for MABP), gas analyzer (for ETCO2) and transcranial Doppler (for MCBFV). The collection of these data sets is safe, comfortable and reliable in a clinical setting under resting conditions. The employed modeling methodology utilizes the concept of Principal Dynamic Modes (PDM) that has been pioneered by the authors and shown to be effective for dynamic nonlinear modeling of multi-input physiological systems and the dual-input modeling of cerebral flow autoregulation [7-8]. The obtained model for each subject is used to compute a clinical index of CVR (a “functional biomarker”) that can quantify CVR impairment by computing the difference in the model-predicted cerebral flow between hypercapnia and hypocapnia under isobaric conditions (no MABP deviation from baseline). This CVR index can assist in the diagnosis of AD and MCI by quantifying possible associated CVR impairment.

This work was supported in part by NIH/NIBIB grant No. P41 EB001978 to the Biomedical Simulations Resource, University of Southern California.