This project represents the continuation of a long-standing collaboration that has enabled the development and testing of improved methods for assessing cardiovascular autonomic function across sleep-wake states in polysomnographic studies. Having found previously a significant association between autonomic dysfunction and impaired glucose metabolism, the overall goal of this project is to determine whether specific noninvasive measures of autonomic function, coupled with information about current status of glucose metabolism, are capable of predicting the progression of metabolic dysfunction. The specific aims of the project are to determine, using longitudinal data, whether:

In critically ill preterm and term infants with cardiovascular compromise, oxygen delivery fails to meet the demand of cellular oxygen consumption, and unless recognized early and treated aggressively, failure of the circulatory system is associated with increased mortality or potentially severe short/long-term morbidity. There has been considerable progress in our understanding of developmental cardiovascular physiology, however there remains significant gaps in our knowledge particularly pertaining to treatment of patent ductus arteriosus (PDA). To address these issues, this project aims to:

Clinical studies of sleep-disordered breathing (SDB) have generally focused on upper airway collapsibility as the primary factor responsible for the development of the disorder. However, recent studies suggest that other factors that affect dynamic changes in upper airway patency, such as chemoreflex control and state dependence, also play important roles. Moreover, the pool of subjects with obesity-related SDB display a large variation of polysomnographic and clinical characteristics.

We hypothesize that this diversity in behavior results from the existence of different underlying physiological mechanisms, and that phenotyping using a quantitative dynamic model may allow us to better delineate the mechanistic differences. To test this hypothesis, we employ a minimal closed-loop model to estimate the key parameters that influence ventilatory stability in subjects during sleep. These parameters include: (a) “dynamic chemoresponsiveness”- the transfer function relating changes in alveolar PCO2 to changes in ventilatory drive; (b) the lung-to-chemoreceptor circulatory delay; (c) “plant dynamics” – the transfer function relating ventilation to alveolar PCO2; (d) the arousal threshold; (e) the arousal drive; and (f) the upper airway closing pressure. Results derived from these analyses are then used to inform the development of our structured comprehensive model of sleep, cardiorespiratory and metabolic control, PNEUMA. The knowledge derived from this study may also provide improved guidelines for customizing therapeutic strategies to individual patients. 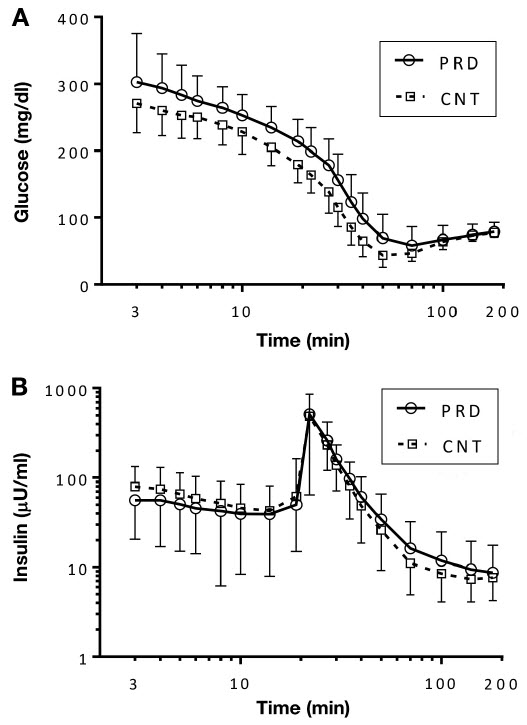 The overall goal of this ongoing Collaborative Project is to apply the novel systems modeling methods from the BMSR, to develop new diagnostic, drug development and treatment approaches for diabetes and other metabolic diseases. This will be accomplished via the following aims: