The use of systems modeling and analysis is central to studying the absorption, distribution, metabolism and elimination of 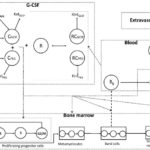 therapeutic agents, understanding how these compounds produce their effects, and for quantifying how genomic and other factors influence an individual’s therapeutic response to treatment. Over the past 40 years, systems modeling and simulation has evolved to become a critical component in efforts to understand and quantify the processes of uptake, disposition and action of therapeutic drugs. Methods for pharmacokinetic/ pharmacodynamic systems modeling and analysis impact all aspects of drug development including in vitro, animal and human testing, as well as drug therapy. Systems modeling methodologies developed for studying pharmacokinetic/pharmacodynamic processes confront many challenges related in part to the restrictions on the number and type of measurements that are available from laboratory experiments and clinical trials, 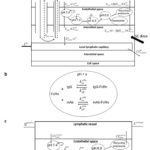 as well as the variability in the experiments and the complexity associated of the processes themselves. The overall goal of Core Project #1 is to develop, evaluate, apply and disseminate systems modeling and analysis methods that will improve the study of drug action in all phases of the drug development, leading to more effective treatments. This project focuses on the following problems: